The Naginag Combine is a loose organization of cities in the south-eastern portion of the mainland. They have extensive trading routes, both over land and sea, as well as access to a huge number of natural resources. While originally much smaller than the areas controlled by Ralnoth, the combine is rapidly becoming a major political force on the Alter Aeon mainland. 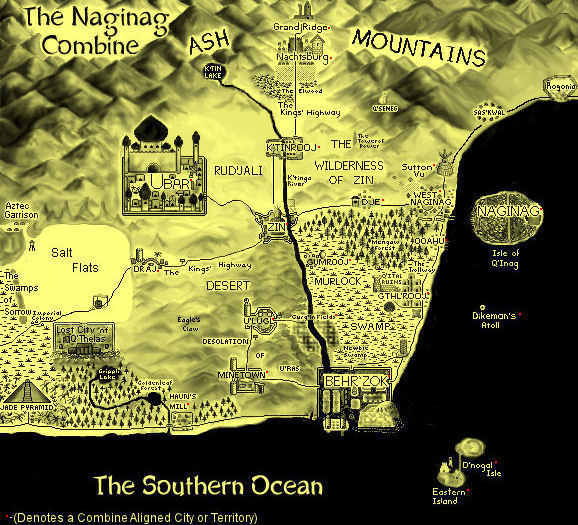