Find the Needle in the Haystack

This quest guide was written by the player Tribe, and posted on January 18, 2016.

The recommended minimum level for this quest is level 9. 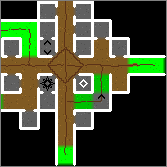 The General Store Location
After completing the False Temple quests, when you travel east past the pathway to False temple you come across the Town of Vemarken. In Vermaken there are many new quests available to you and the town itself has a waypoint, if you use the command where waypoint, you can find the name of nearby waypoints, This one is called Shrine of the Vermaken faithful. If you type where shrine, you will get directions to the waypoint, when you arrive make sure you use the pray here command so you can recall to this waypoint if you get lost on adventures.


The general storekeeper tells you, 'My wife makes the cloaks and capes I sell. She is a skilled seamstress, but she lost one of her best needles while walking out by the hayfields on the northwest side of town. If you could search for it out there, I'd really appreciate it.'


To do this you must journey to the hay fields west of Vemarken, find the needle, and return it. 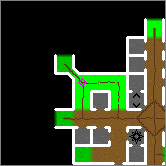 The Hay Fields
By doing as instructed, if you travel north west from the general store, you will be in the centre of the town, if you head west first then all north at your first chance then you will be only a few rooms east of the hayfields. Once you have travelled a few rooms west you shall see five haystacks.

Look inside each by using commands like 'look in 2.haystack' and 'look in 3.haystack' until you find the needle. Once you have retrieved it from the haystack make your way back to the general storekeeper and give the needle to him to complete the quest.

Using the where command, you can use where hay for directions to the room.

You can always ask on the newbie channel if your still struggling with anything.