The Island of Sloe

The Island of Sloe is the lowest level of three islands linked to the mainland by an ancient portal system. Most people start on Sloe, which is safe haven for new players.

The four major towns of Vemarken, Hildabrad, Stillwater, and Bandera Azul are all shown in detail on this map, including the location of shopkeepers, banks, and guildmasters. A portal in the town of Vemarken links to the city Indira on the Island of Kordan. 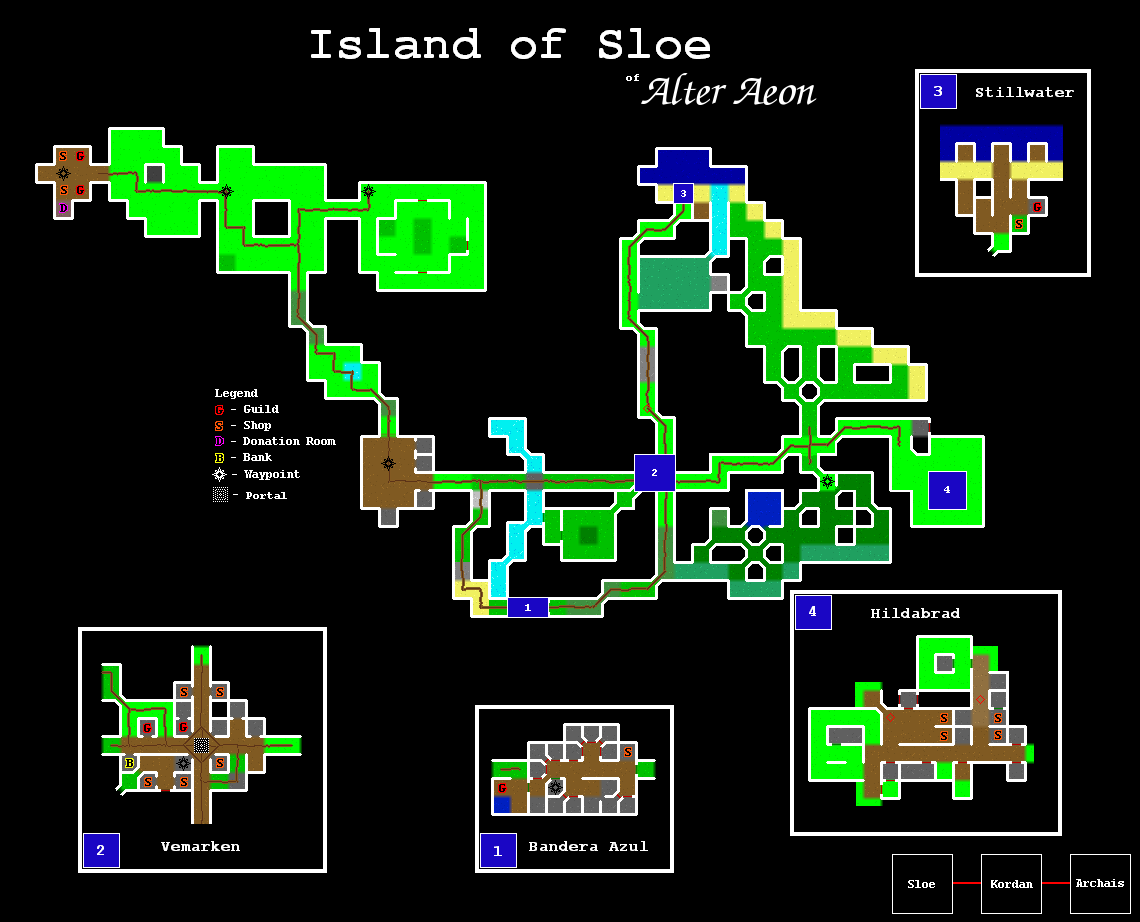