The northeastern part of the mainland primarily consists of the inhospitable Ash Mountain range and frozen wastes, and is generally left alone. A number of important cities ring the foothills, including the great Undead City of Jo'Kerin. 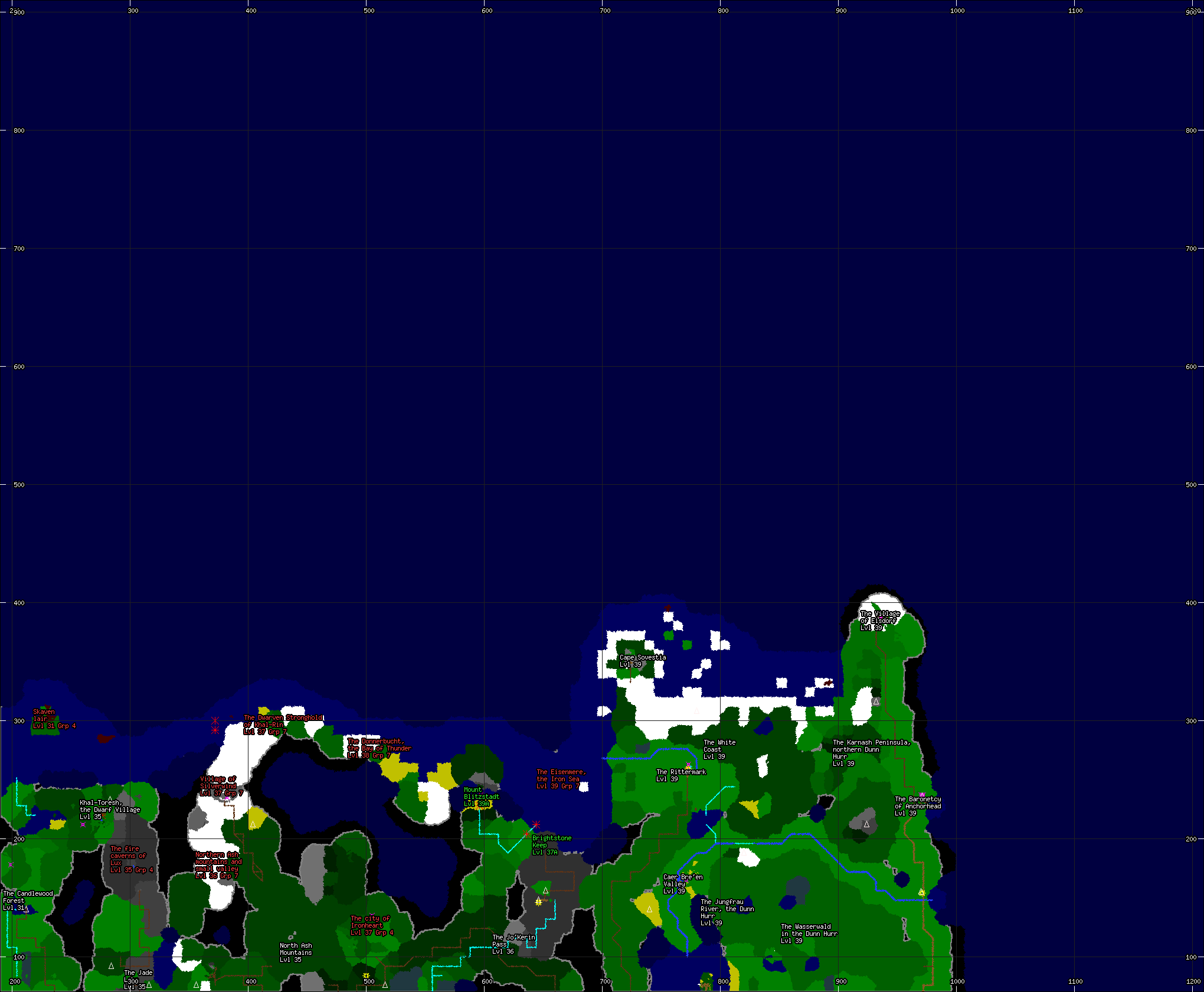