The Island of Kordan

The Island of Kordan is the second of three islands linked to the mainland by an ancient portal system. Most people start on the first island, Sloe, and move on to Kordan as they gain levels. Kordan is most suitable for players between level 10 and 20. 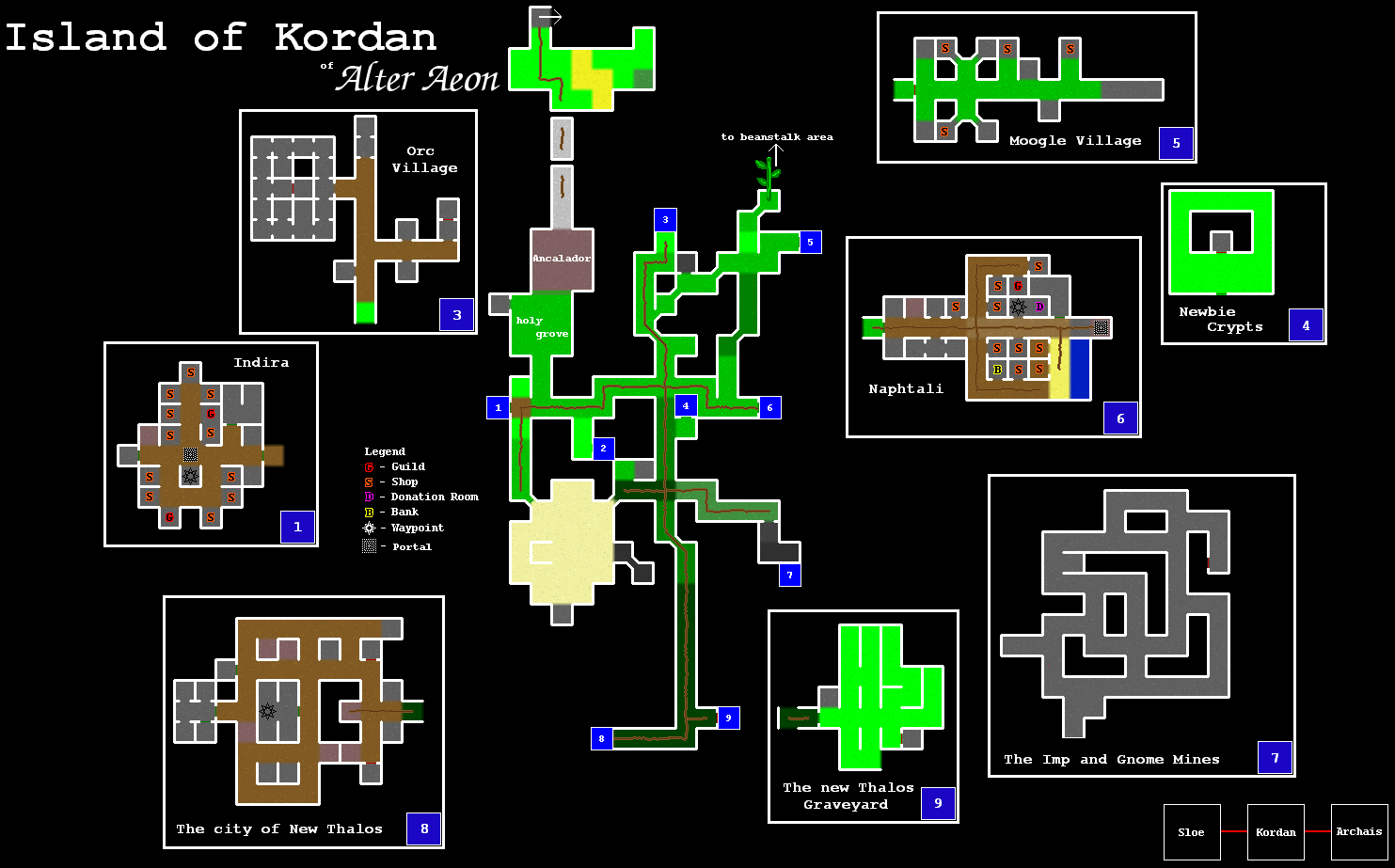