Archais is the easternmost of three large islands linked together by an incredibly ancient portal system. It is home to two major cities, with Gad's Landing on the western coast, and Dragon Tooth to the east. A large mountain, likely an extinct volcano, resides in the center of the island, and the northern portion of the landscape is strangely flat an swampy. 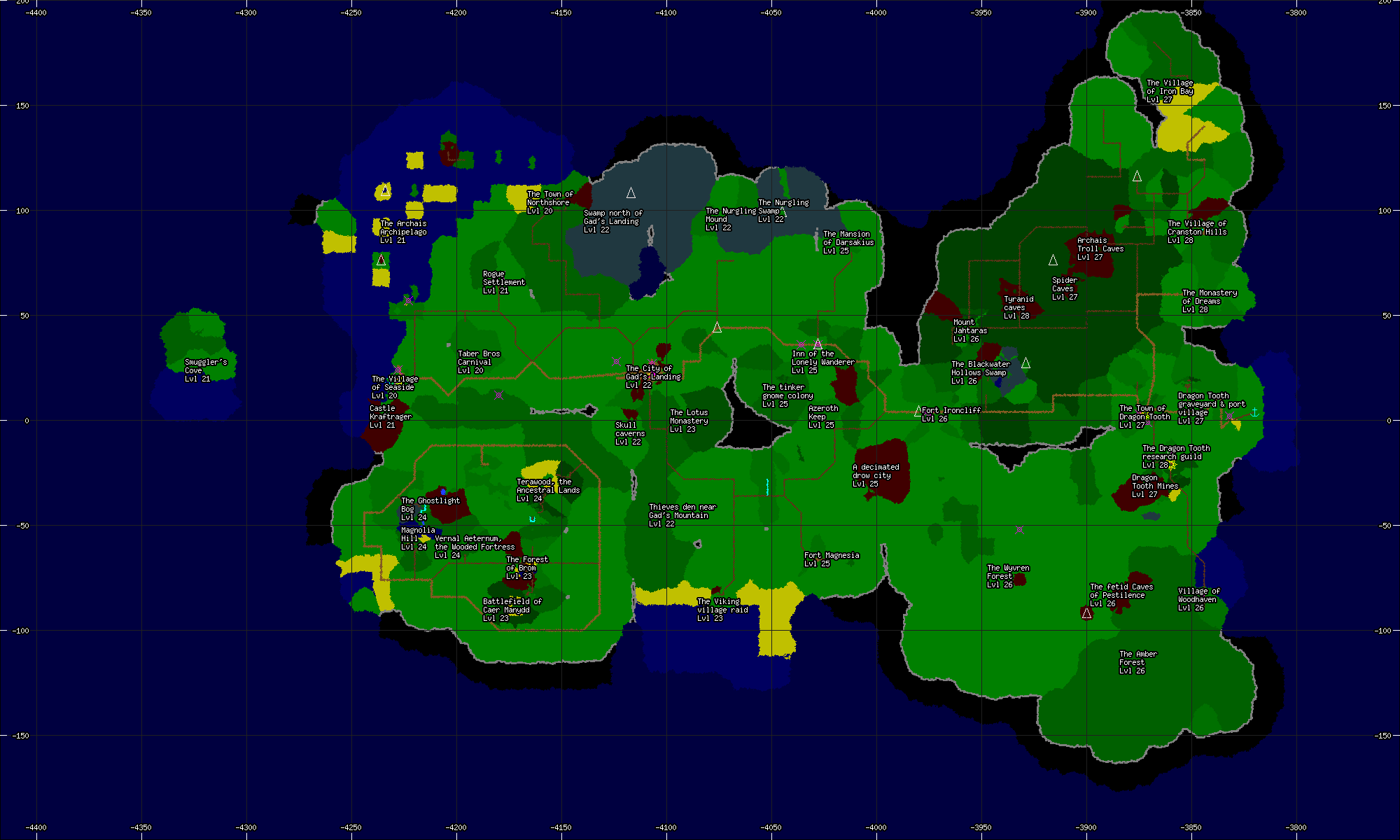